Halloween is not a major holiday at our house (when did it become a major holiday at all?), but of course, it’s fun to see the kids dressed up. I don’t make elaborate costumes every year, but there are a few I look back on with pride, including the fall the big boys wanted to be the Pokemon Chimchar and Monferno.  I lucked out finding good quality plain monkey costumes at Old Navy. They were fleece, so I bought fleece fabric to add the embellishments.

First, an overview of how the costumes turned out, next to the original characters.  Directly below is Chimchar and below him is Monferno. 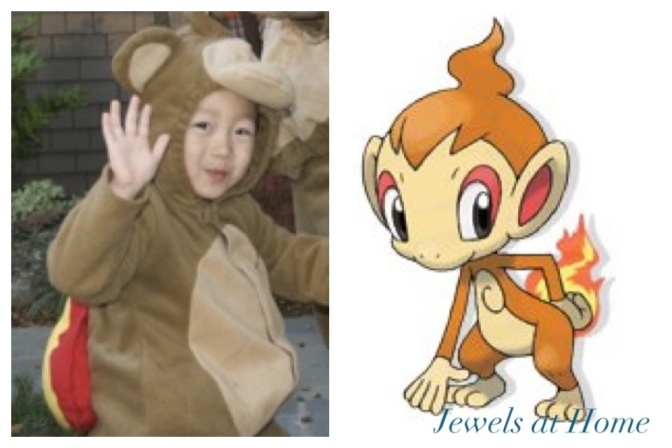 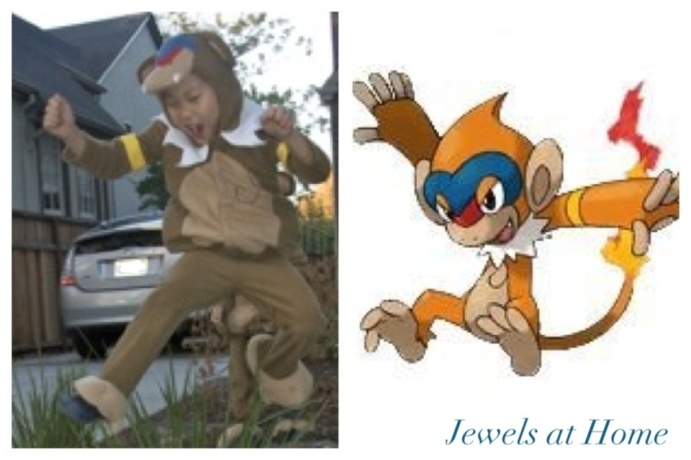 And here’s a breakdown of how I altered the monkey costumes to make the Pokemon.  For Chimchar, I 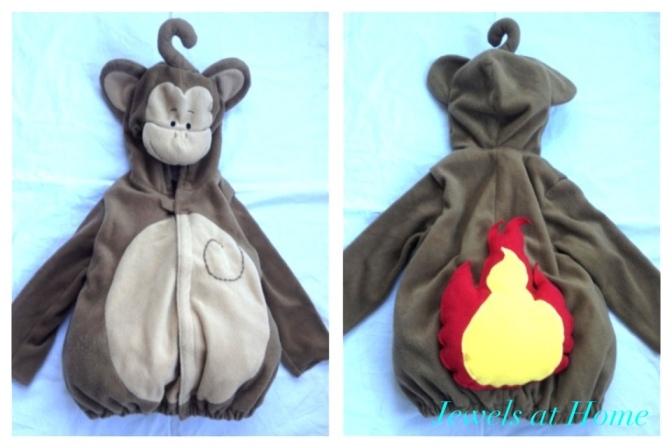 Details on a Chimchar Pokemon costume for Halloween. 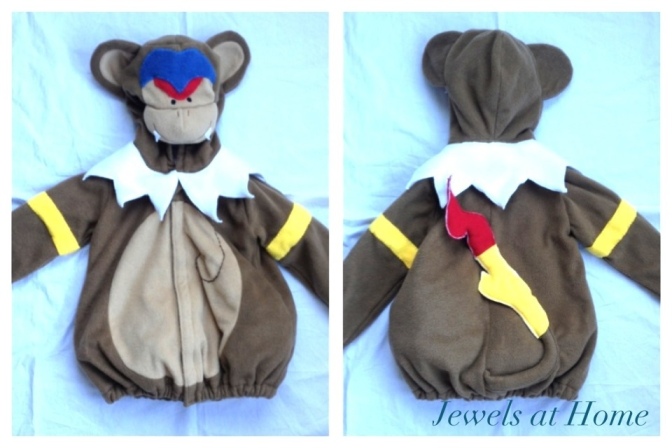 Details on a Monferno Pokemon costume for Halloween.

Since I was on a roll, I also made these pokeball bags out of felt and ribbon for the boys to go trick-or-treating. 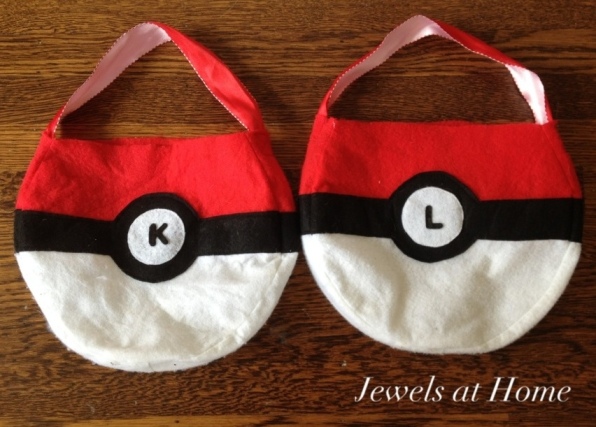 Steve and I dressed up as Ash and Misty, the Pokemon trainers.  I made this little Togepi Pokemon to carry around. 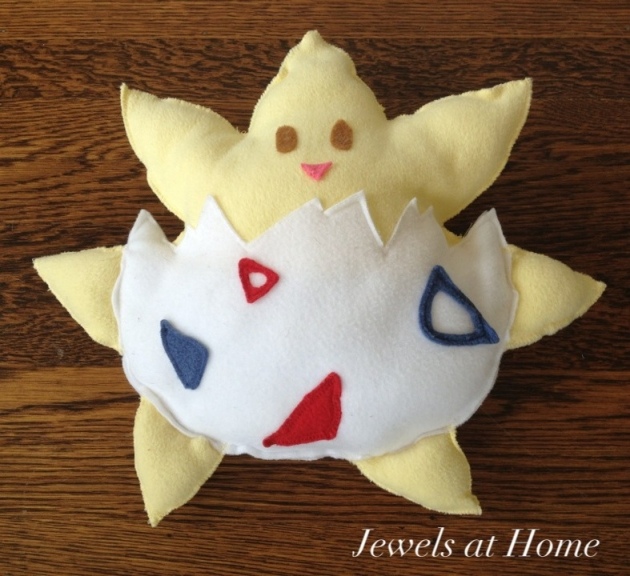 I don’t have detailed instructions here, but if you have any questions, please let me know.  I’d love to help you make your little Pokemon fans as happy as these guys! 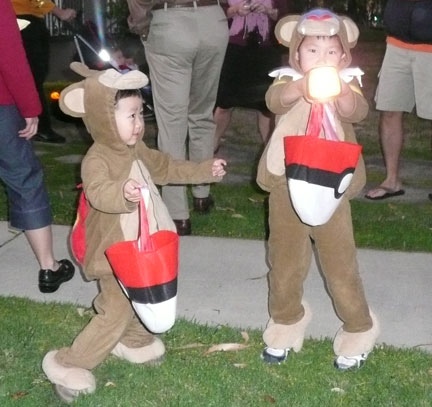 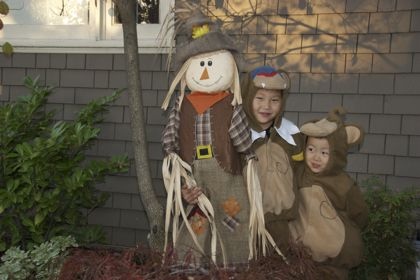 Hope your October is full of treats!