Sometimes I get into little craft obsessions. For a while, I couldn’t stop sewing appliqués on things, and then there was felting… Ever since I made the pom-pom wreath for our retro mid-century Christmas, I’ve been obsessed with pom-poms. It feels like there isn’t anything that wouldn’t be improved by some pom-poms!

At K’s soccer game, I saw one of our friends had a cute scarf with pom-pom trim, and I thought it would be fun to make my own! Of course, it would not be a true obsession if I made just one… The first set of scarves I made were for my nieces for Christmas. These are pink wooly scarves with rainbow pom-pom trim. So cute! I have enough trim left over to make myself an infinity scarf after Christmas, if I’m feeling bold enough for these colors.

Living in California, I don’t need a lot of warm scarves, but the girls live on the East Coast, so I wanted to find them something cozy. After looking at a lot of different fabrics, I decided to buy these inexpensive solid-colored scarves to use as a base for this project.

The scarves are much bigger than I needed, and they’re also very thin, so I cut off the fringe and doubled the thickness. For the girls, the finished size is 6.5″x49″. Adding the fringe was pretty quick. I recommend using the zipper foot for your sewing machine. 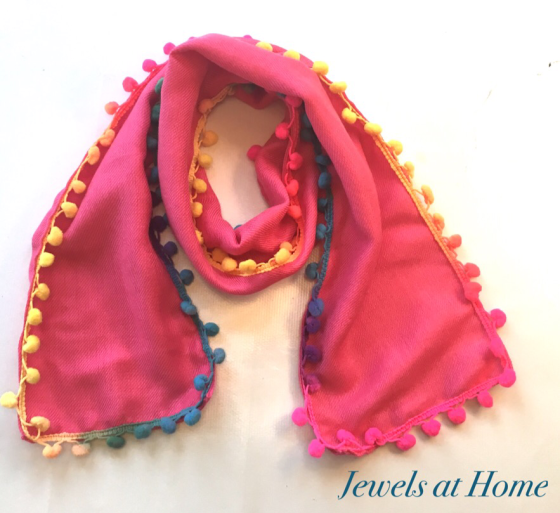 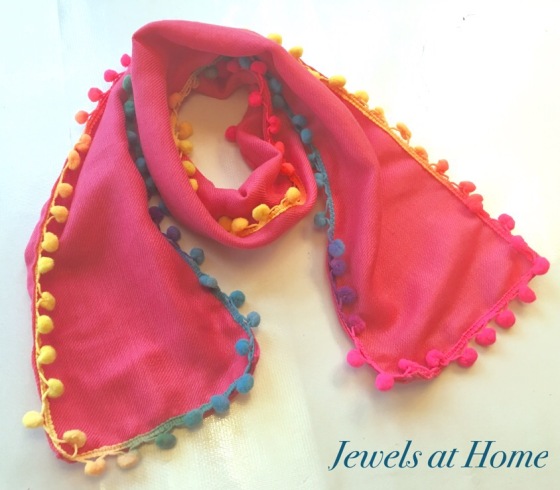 Off to add pom poms to something else!